skip to main | skip to sidebar

The annual academy awards broadcast is the ONLY television show that I watch regularly. Months can go by before I turn on the tv to watch anything else. Usually when the machine is on it's to watch a movie on DVD.

I used to go to the movies a lot. So when the Academy Awards rolled around I knew most of the nominees before the finalists were announced and had plenty of time to see the few contenders that I'd missed during the year. I haven't been to the theaters as much in the past few years. Last year I did a frantic catch-up to see all the best picture nominees and most of the films with nominated actors.

Prior to the 2007 Awards broadcast, I saw only 3 nominated films , 2 on the big screen: The Devil Wears Prada (I listened to the book on CD in my car and was curious to see the Hollywood translation), An Inconvenient Truth (interest in global warming), and Maestro (on YouTube the day before the Awards show).

This year I wasn't driven to catch up on the award contenders. The day before the Awards show, a printable Oscar ballot for a local Oscar party inspired an experiment to answer 2 questions:
I discovered that the Academy Awards glitz and energy is entertaining regardless of the nominees (and winners). Host Ellen DeGeneres continued the tradition of imbuing the event with laughter . The special movies and awards, live music and dance stood up beautifully on their own. My favorite moments: Ellen offering her screenplay to Martin Scorsese and Meryl Streep tranforming spontaneously into Miranda. Our local Oscar party was just as much fun as before. And the Academy Awards is still my favorite television show!

How effective was the web research? I picked 17 winners out of the 24 on the oscar.com ballot: best picture, directing, leading actor and actress, supporting actress, documentary feature and short, live action short, original song, sound editing and mixing, original and adapted screenplay, art direction, visual effects, costume design, and makeup. There were those surprises....

The rest? I changed supporting actor based on a hopeful web piece that went against the stats. I picked Maestro despite what I'd read about The Danish Poet because it was the only short that I saw and I adored the film's ending. And I went against my gut on my favorite of the 5 nominated songs, "I Need to Wake Up," because of web research.

Much to my surprise, I came home with the party's Oscarette for the year, the only one to pick more than 15 Award winners correctly. In this case, going with your gut about films you've seen wasn't as good an Oscar predictor as web research. Based on excerpts shown at the Awards and the comments at the party, I'd like to watch some of the nominated films. Others probably not.

Like the Academy Awards show, the party ballot is not competitive. The fun is attending–the Awards and the party. Web research doesn't come close to the enjoyment of watching good movies. So next year I'll watch more movies on the big screen before the Awards are handed out!

2007 Academy Award Winners
Posted by Susan K. at 8:41 PM No comments: Links to this post

A few hours prior to the award's ceremony, here are my predictions:
More soon on the reason for this post.
Posted by Susan K. at 12:56 PM No comments: Links to this post

This wonderful video inspired me to revive this blog. Enjoy!

I'm still making the transition from Web 1.0 to 2.0. This blog started a few years ago. Never one for keeping a journal, writing regularly seems daunting. Comments welcome! 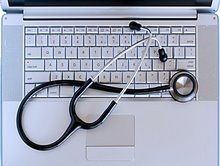